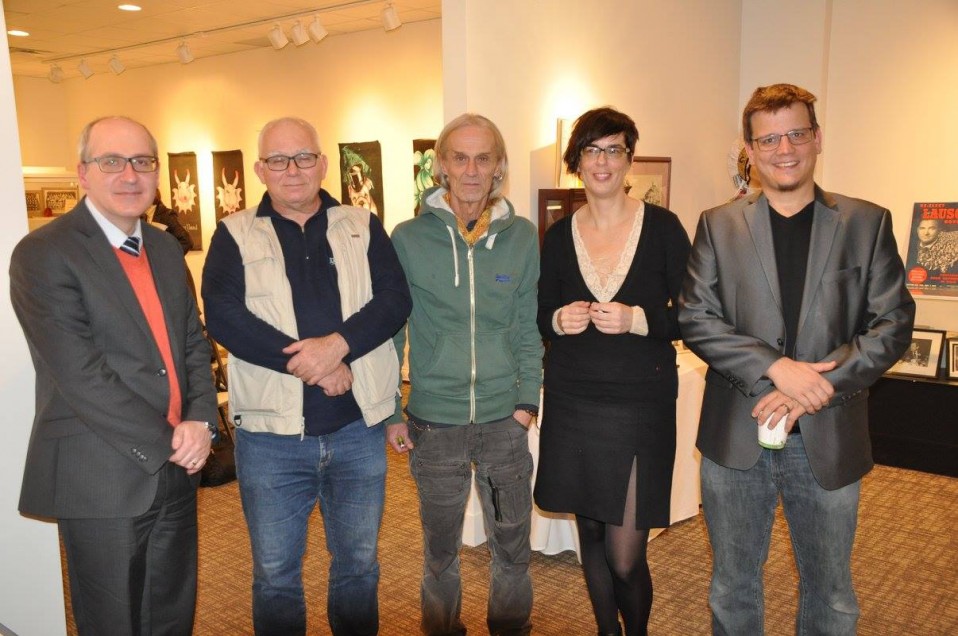 Poets: Tone Škrjanec (Ljubljana, 1953), poet and translator. He graduated in sociology at the University of Ljubljana. After that he had several more or less odd jobs, the last one was in Cultural And Art Centre France Prešeren as programme coordinator and organiser of poetry events, among them from 1994 the Ljubljana poetry festival The Tercets of Trnovo.

Artist: Barbara Jurkovšek (Ljubljana, 1981), artist, painter, sculptor, illustrator. She graduated in 2006 in painting and art theory from the Academy of Fine Arts and Design in Ljubljana. In 2007/08, she studied at the Accademia di Belle Arti di Lecce in Italy. In 2009, she obtained a master’s degree in painting. For her work, she has received several prizes and awards. She is active in the fields of painting, sculpture, graphics, calligraphy and scientific illustration.

Make sure to copy Registration number after successful submission.

Thank you for payment.

Your ticket for the: The Contemporary Poetry Evening and Painting Exhibit opening