“I’m very glad that I was able to handle these valuable manuscripts,” says Luka Zibelnik, a professor of the Slovenian language, who stumbled upon two still uncatalogued versions of Prešeren’s poetry manuscripts in the U.S. The two manuscripts — of the poems Slovo od mladosti (“A Farwell to Youth”) and Dohtar (“Doc”) — will be on display in Ljubljana on Wednesday.

Zibelnik, a Slovenian-language professor who also volunteer at the Slovenian Museum and Archives, told MMC that he had received an e-mail from the Slovenian Consul General in Cleveland, Andrej Gregor Rode. In the e-mail, the Consul General  notified him that a man named Evgen Favetti had informed him about the discovery of two Prešeren manuscripts. “He invited me over to have a look at what this was all about. At first, the e-mail was greeted with some skepticism, and we had to exclude the possibility of the manuscripts being fakes or facsimiles.”

According to Zibelnik, all doubts about the manuscripts’ authenticity vanished in April when the men met at the consulate. It was immediately clear that they were dealing with an extraordinary piece of cultural heritage. Favetti expressed his wish to put the manuscripts on display for the general public. “After another meeting, Favetti decided to give them to the Slovenian Museum.” 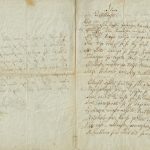 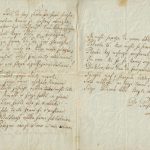 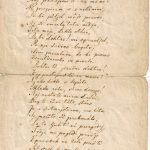 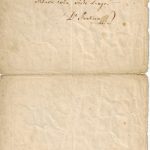 Your ticket for the: Rare Prešeren’s Manuscripts Found In Cleveland, OHIO