September 18, 2015 Dr. Božo Cerar, Slovenian Ambassador to the US, was the keynote presenter at the opening of an exhibit , “Forgive Us, Forgive Us, Oh You, the Dead,” at the Slovenian Museum and Archives. His speech was extremely timely and heartfelt. 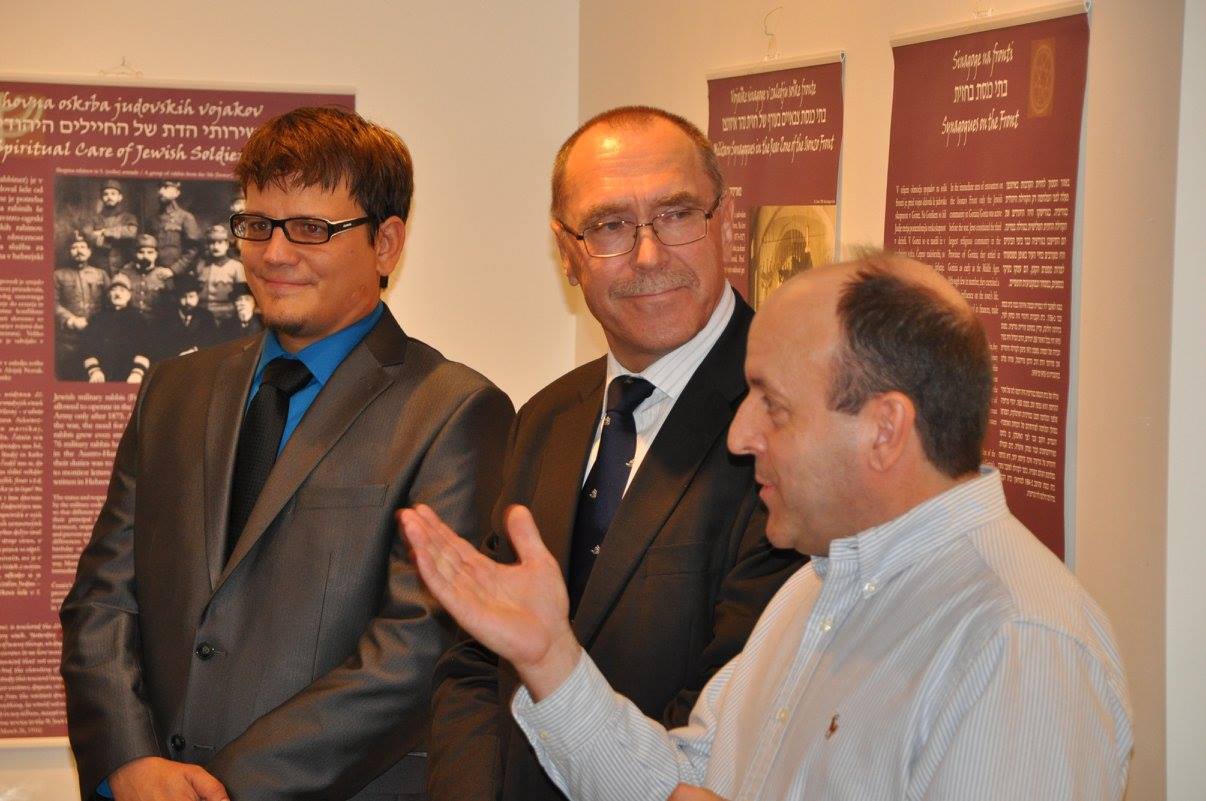 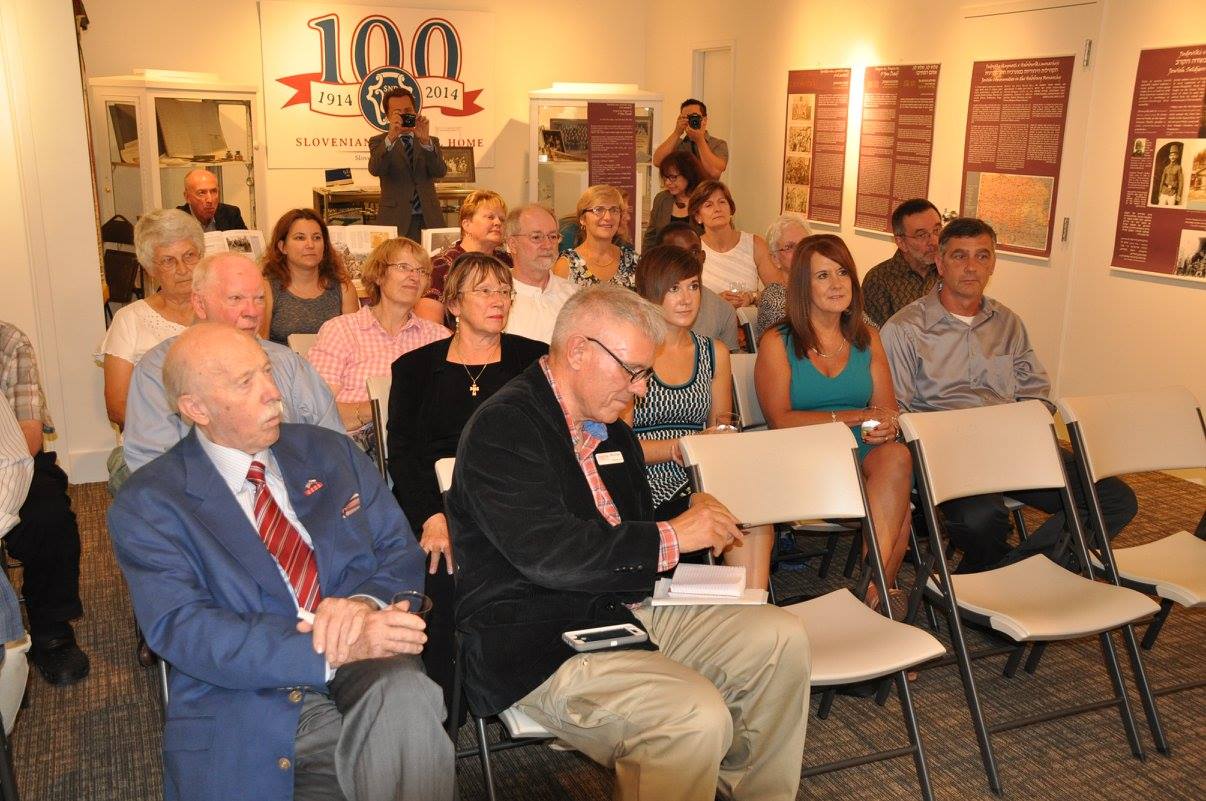 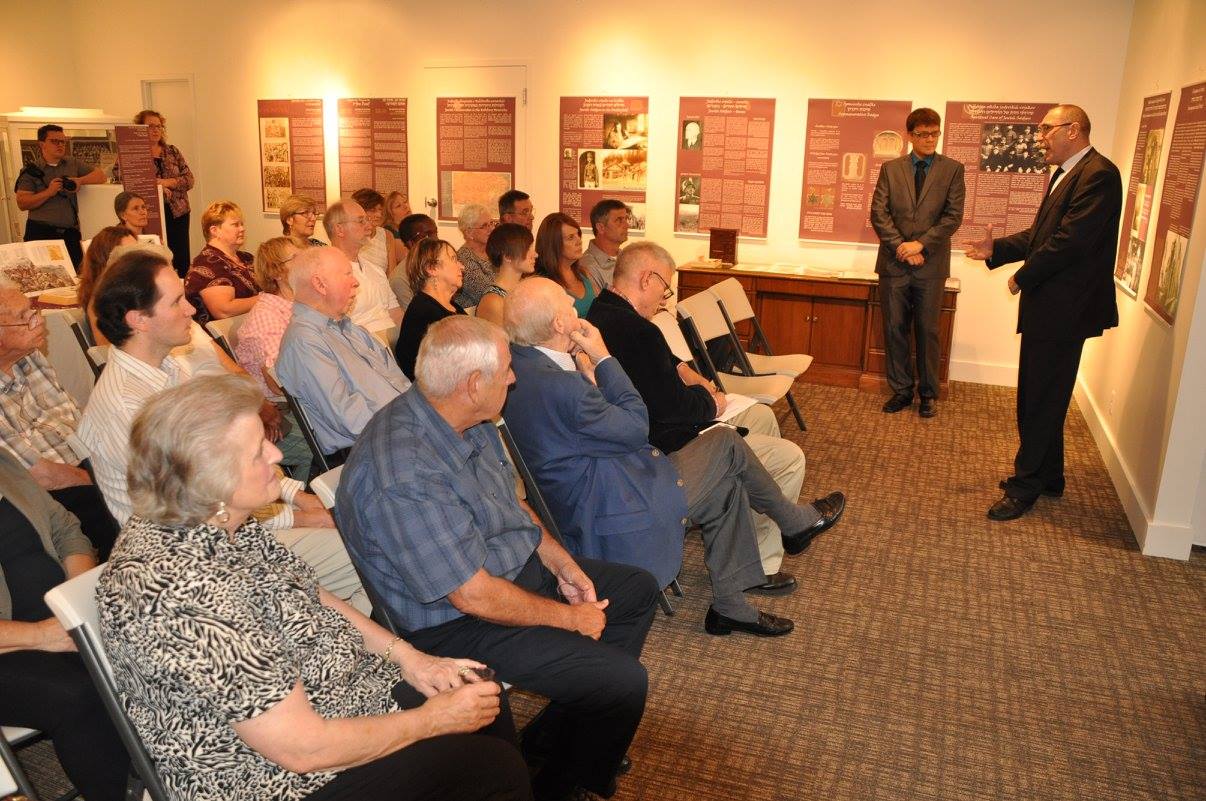 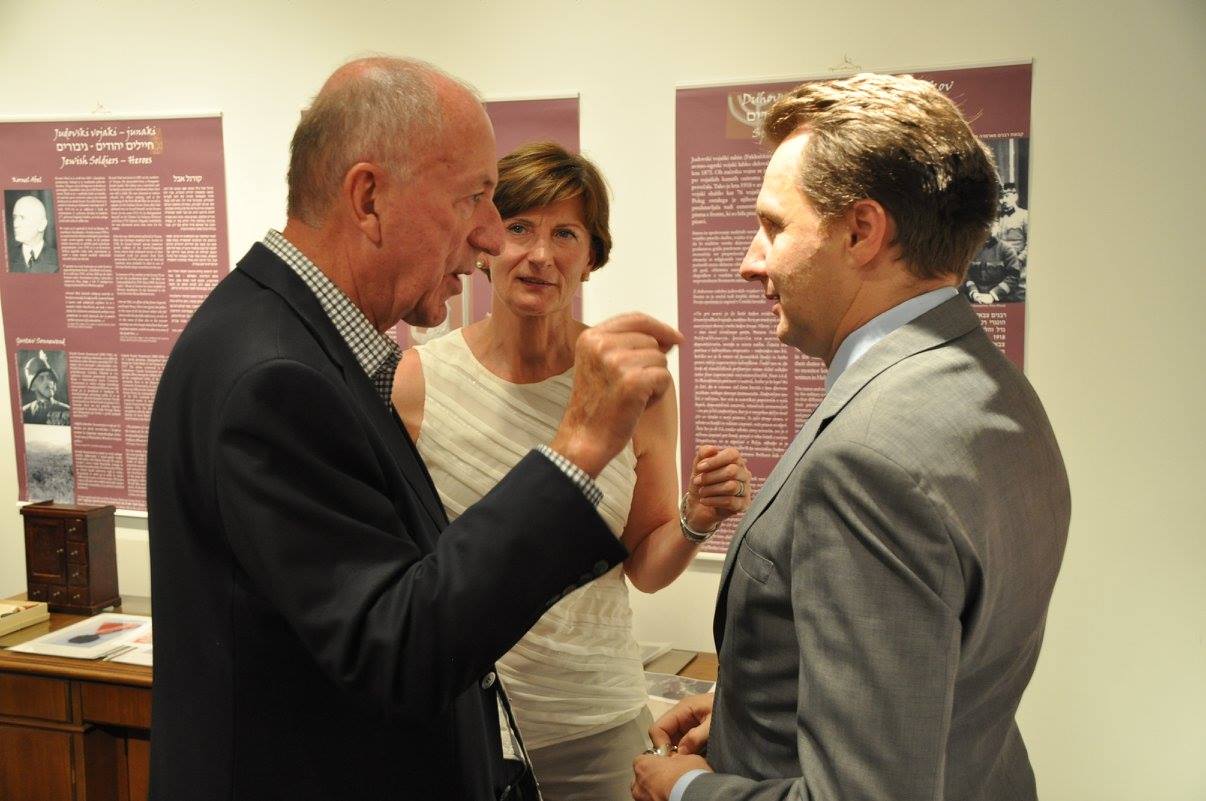 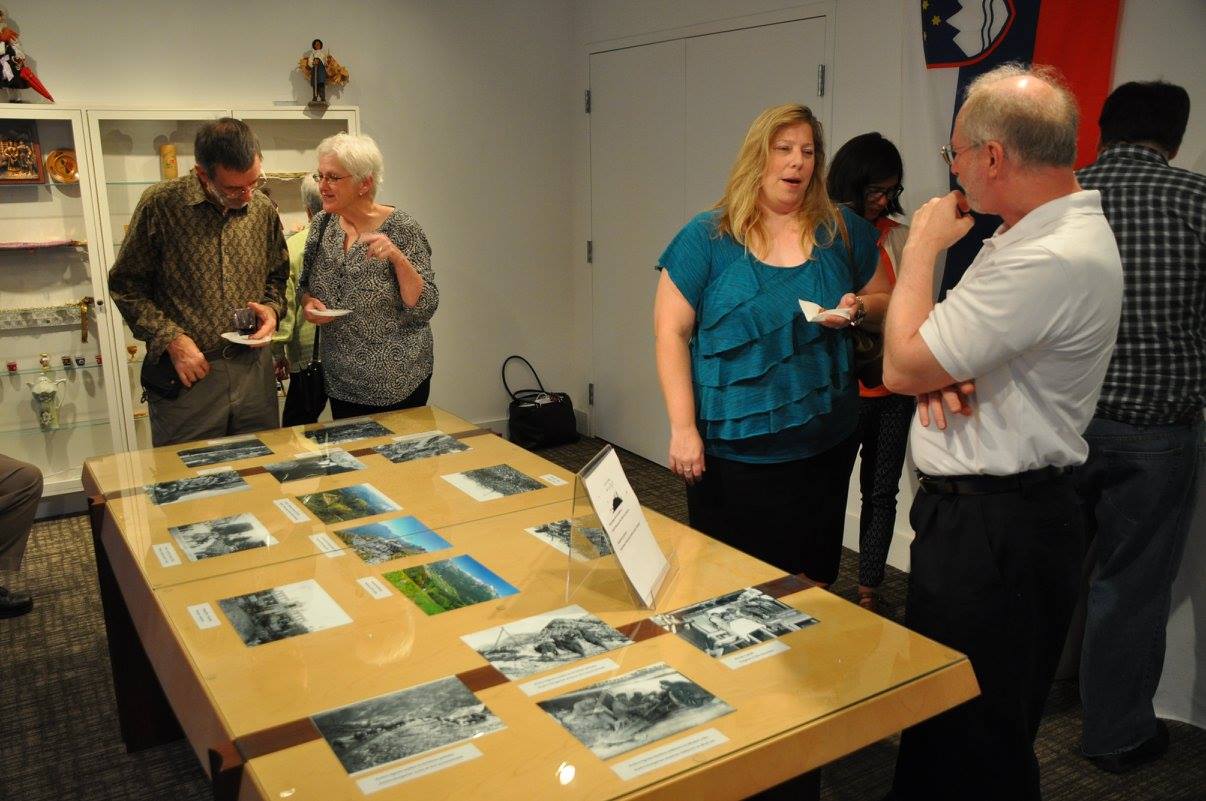 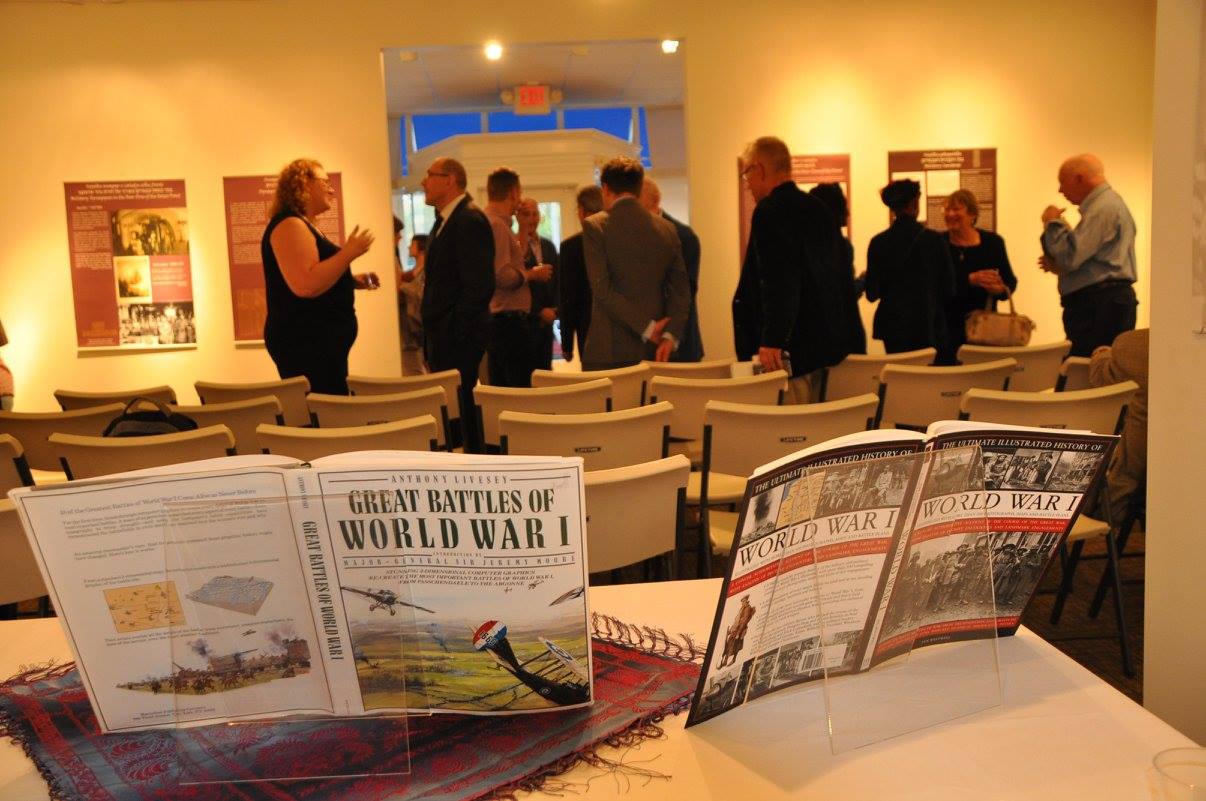 Below is the Ambassador’s speech.
Dear President of Slovenian Museum and Archives Mr. Robert Hopkins, SMA Board Members, Slovenian Community Members, Jewish Community Members, and honored guests,
It gives me great pleasure to be with you tonight in this center of Slovenian culture, heritage, and history.
With this exhibition we remember the victims of the Great War. When it started, one hundred years ago, nobody imagined that it would attain such global proportions. Nothing in human history before it had caused such widespread destruction. It left a deep scar on the soul of civilization. After it ended, nobody wanted to believe that it was only the first such war. Tens of millions of dead and wounded should have been enough to ensure everlasting peace, as a moral apology for the billions of tears spilled in grief and suffering. Instead, the opposite happened. A mere two decades later, the earth was again being soaked with the blood of innocent people. The Second World War was so horrific that it clouded the grim view of the tragic heritage of the First.
The War of 1914-1918, sent into combat as many as 36 countries, people of various nations, languages, and religious persuasions. A major frontline during WW I, the Soča/Isonzo Front, ran though the territory of today’s Slovenia between June 1915 and November 1917, where a series of battles between the Austro-Hungarian and Italian armies were fought. Some of the battles took place along the Soča River, but most were fought on the mountains above the valley of the river, where soldiers of numerous nations were forced to endure dreadful hardships and deaths. On the hardly accessible rocky slopes and mountains the destructive power of the enemy’s arms were further intensified by mighty forces of nature-thunderstorms, lightening, severe cold, avalanches… These historic sites were also depicted in the film, Woods are Still Green, by Marko Naberšnik, which was recently presented in the American National WW I Museum in Kansas City.
The blood splattering battles at the Soča River have a multi-ethnic and multi-religious character as well. Jews, too, were among the numerous soldiers of the Austro-Hungarian and Italian armies. When a visitor walks today in the Soča region and follows the paths and trails of the high-mountain battlefields, one still finds remnants of the war at every step. Some of them commemorate Jewish soldiers and their culture and religion, such as impressive gravestones and other symbols as you see in this exhibition today. Even a wooden synagogue was found near Doberdob in Kras during the research of the authors of the exhibition, Petra Svoljšak and Renato Podberšič.
It is not known how many fell at the Soča Front, but it is clear that the war divided the Austro-Hungarian Empire; it divided Slovenian land, Europe, and the World. Moreover it divided cousins, brothers, and families.
Wars and disputes have brought devastating consequences. One of them is displacement of people. Before WW I, many Europeans decided to leave their homelands, however, even more were forced to emigrate during and after WWII. Millions found their refuge in the U.S.A., which became their new home. This includes some of you, your families, and relatives who found their place here in Cleveland running away from totalitarian (fascist, communist) regimes, running away to save their lives. Sadly even in 2015, -70 years after WWII we are witnessing a great number of wars and the current migration crisis in Europe is an especially pertinent reminder.
This exhibition is organized in cooperation with the Maribor Synagogue Centre, which serves as the Jewish Cultural Heritage in Slovenia (and is designated as a monument of national importance by the government). The exhibition was also made possible by the Milko Kos History Institute, the Slovenian Academy of Science and Art, and the Study Centre for National Reconciliation with the sole purpose to help understand thee present and contribute to the development of respect for differences. An additional 16 photos were provided by the WWI Museum located in Kobarid, Slovenia.
I am pleased that we are opening this exhibition in the month of September, when Slovenia celebrates the European Day of Jewish Culture and events dedicated to Jewish heritage and culture are held throughout the month all around Slovenia.
This exhibition is entitled, “Forgive Us, Forgive Us, Oh You, the Dead”. However the title is not only a deep call for justice to the victims of WWI. Even though it is dedicated to soldiers who fell on the Soča Front of WWI, we must not forget all others who fell during and after WWII, all the victims of the Holocaust, and all victims of the totalitarian (fascist and communist) regimes. This year commemorates 70 years since the end of WWII and also 70 years since the horrific post-war mass executions in Slovenia.
The attempts to exterminate and execute people because of their culture, faith, or political belief by another group are some of the most despicable acts of mankind. Having strongly shaken the foundations of our modern civilization, those events must therefore be remembered, commemorated, studied, and should never be forgotten. These events must never happen again!
Indeed they should be used to stimulate the generations, to reflect on and better understand the consequences of prejudice, intolerance, racism, and of stereotypes in societies.
The final goal of this maturing of moral consciousness must be the ability to learn to respect one another, living side by side in peaceful co-existence and with dignity of every person. This can only be done through forgiveness and reconciliation.

Your ticket for the: Exhibit: Slovenian Museum and Archives – Forgive Us, Forgive Us, Oh You, the Dead